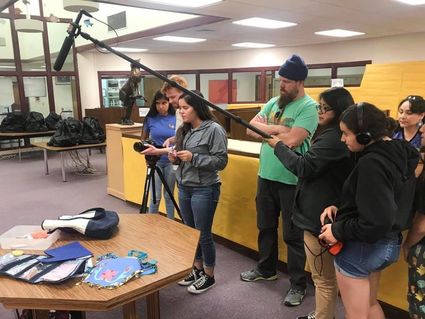 Tonight, at 6:30 p.m. at the Hays/Lodge Pole High School, there will be a screening of the award-winning film Looking Forward From Yesterday: Fighting for Our Culture produced by Harlem High School students with generous support from Harlem High School, Montana Gear Up, MAPS Media Institute, and the Greater Montana Foundation. The documentary film will be shown at the Mid-Winter Fair Banquet. Later this month, the film will screen at the Big Sky Documentary Film Festival (BSDFF), which will be held in Missoula, Montana, February 14-23.

Looking Forward From Yesterday was selected to screen...