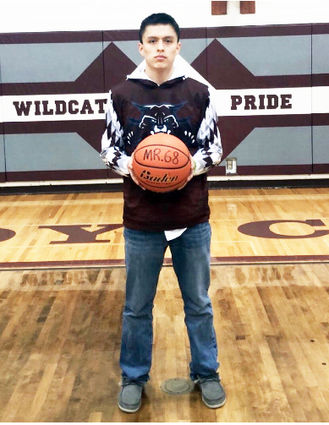 Harlem senior Brad Cichosz with the game ball from his record shattering 68 point effort Saturday against the Poplar Indians.

Saturday in Harlem, in front of the hometown fans, on senior night, Cichosz turned in a performance for the ages. Cichosz scored an all-class state record 68 points in the Wildcats 101-53 win over the Poplar Indians.

The sensational senior scored in every way, in transition, inside, mid-range and included an astounding 12 three-point bombs.