Chinook headed back to the Northern C as No. 2 Seed, Wildcats No. 2 at Northern B 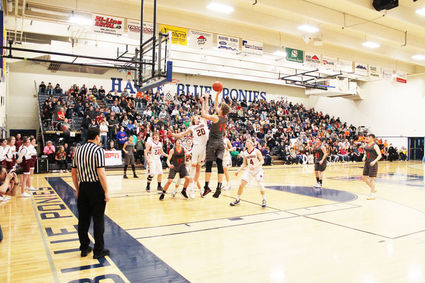 Junior Reese Elliot goes up strong for two in a hard fought contest with the Fort Benton Longhorns.

The District 2B and District 9C Tournaments are in the books and for the Chinook Sugarbeeters and the Harlem Wildcats their effort on the court will allow them to continue their seasons at this weeks Divisional Tournaments in Malta and Great Falls. For the Hays/Lodge Pole Thunderbirds and the Turner Tornadoes, they saw their seasons end following a pair of losses in Havre.

The Sugarbeeters will advance to the Northern C this week at the Four Seasons Arena in Great Falls after finishing second at the District 9C to earn the No. 2 Seed. The 'Beeters opened with a lopsided 71-36 win over the T...