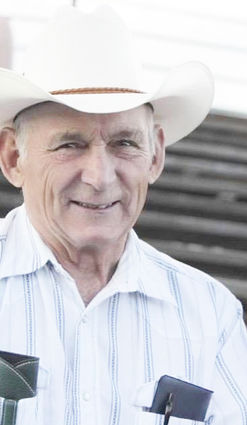 Robert "Bud" Boyce, 88, passed away surrounded by his family due to natural causes at his Havre residence on Sunday, June 21, 2020. Cremation has taken place, and due to COVID restrictions, a private family memorial Mass will be held. His family would like to invite his friends to a celebration of Bud's life at 1:00 p.m. on Thursday, June 25, 2020, at Pepin Park, where everyone can gather to eat and share stories while social distancing. They have suggested memorial donations be made in his name to Yellowstone Boys and Girls Ranch, 1732 S. 72nd St. W, Billings, MT 59106, St. Jude Thaddeus Catholic Church, 440 7th Ave, Havre, MT 59501, or the St. Jude Children's Research Hospital, 501 St. Jude Place, Memphis, TN 38105. Holland & Bonine Funeral Home has been entrusted with services and arrangements. Please visit Bud's online memorial page and leave a message of condolence for his family at http://www.hollandbonine.com.

Bud was born in Tampico, Montana, on April 9, 1932, the third youngest of 9 children born to Stephen and Sadie (Haymaker) Boyce. When he was five, the family relocated to the Bear Paw Mountains. Bud attended Eagle Rock Country School for elementary, and boarded in a dormitory in Columbia Falls where he attended high school. He grew up on the family ranch, working hard in the fields and with the horses. After high school, Bud briefly attended college in Cheney, WA, and then enlisted in the US Marine Corps, and served in the Korean War until his honorable discharge in 1953. Upon his discharge, Bud returned home to the ranch and there he met Carol Greytak at a country dance. The couple were married on November 19, 1955, and together they had six children.

In 1963, Bud purchased a portion of his father's ranch and in 1970 purchased another ranch at Warrick, Montana, which his grandfather had previously homesteaded many years before. He began by raising Herfords, moving on to Black Angus, and finally Charolais bulls; all of which he was raising until his death. Bud began breaking horses while he was still quite young, and that love continued to his adult life. He continued breaking work horses which were used for feeding until 2010. After that, due to health issues, Bud changed to round bales and began using a tractor and hay buster.

Bud was community based, and he served on the Bear Paw, Chinook, Warrick, and Big Sandy School Boards for years. He was also a director for the Federal Land Bank for 17 years, and was a deputy brand inspector for over 30 years. He was active in 4-H as a child, and was a leader when his children and a few other locals began the White Pine Porcupines 4-H Club. He is still an avid supporter of 4-H, encouraging the next generation of farmers and ranchers in their endeavors. Until the day of his death, Bud was still ranching with his children, grandchildren, and great-grandchildren on the Warrick ranch. In 2015, he was inducted into the Montana Cowboy Hall of Fame. He enjoyed playing cards and ping-pong; and was a Minnesota Vikings fan, watching their games at every opportunity.