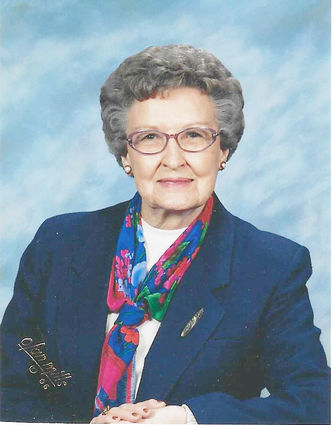 Jean Sharples, age 95 died on July 5, 2020 in Boise, Idaho. Jean was born September 18, 1924 in Chinook, Montana to Mildred (Potts) and Thomas Benton McGowan. She was raised and educated in Chinook. On May 13, 1942, Jean married Everett Sharples and they made their home in Zurich, Montana. In 1953, they moved to Grand Forks, North Dakota, where Everett managed the manufacturing plant for Lockwood Corporation. In 1958, they transferred to Gering, Nebraska where Everett was Vice President of Marketing for Lockwood Manufacturing. In 1964, they moved to Yakima where Everett established the Northwest Pacific sales area for the Decco Division of Wallace & Tiernan.

Jean was a member of the Wesley United Methodist Church and United Methodist Women, Chapter P of PEO and Narcissa Whitman Chapter of the Daughters of the American Revolution. She was a past member of Philip J. Johnson Guild of Memorial Hospital and Women's Century Club.

Jean's family and home were a great joy in her life, as was her wonderful circle of very special friends. She had a great sense of gratitude, love and loyalty for her family and friends.