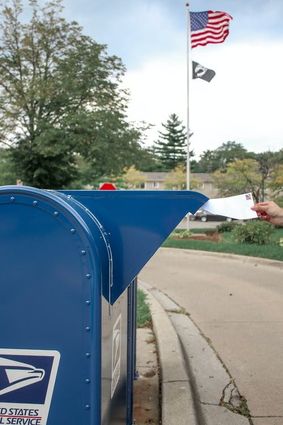 During the second week of September, the United States Postal Service (USPS) mailed out to Postal Customers in Blaine County, a postcard warning: "If you plan to vote by mail, plan ahead." That notice, coupled with news about Governor Steve Bullock's lawsuit filed that same week against the Postmaster General, Louis Dejoy, has served to alarm some local residents.

Bullock's suit, filed in U.S. District Court in Great Falls on September 8 on behalf of Montanans, alleges that the USPS and DeJoy have committed "unlawful actions that have directly harmed Montanans by impeding the flow of mail." Bullock's suit goes on to challenge certain changes made at the USPS, which the suit suggests "are designed to delay and obstruct mail delivery." It further contends that DeJoy "acted outside his authority, violated federal law, and didn't follow required procedures for making policy changes."

There have been nationwide reports of postal worker complaints over changes at the USPS, including cuts to overtime pay, instructions to leave mail behind in some situations, removing sorting machines and collection boxes, and reducing operating hours.

When asked whether the concerns of local residents are well-founded or a case of fear-mongering, Chinook Postmistress, Kasha Jeide, referred reporters to Floyd Wagoner, a Strategic Communications Specialist with the USPS Communications Team located in Denver. "I can't respond to your questions," Jeide said. "I would need guidance from the media specialist on what response I'm allowed to make."

That media specialist, Wagoner, provided clarification about the postcard: "The intention of the mailer was to send a single set of recommendations that provided general guidance allowing voters who choose mail-in voting to do so successfully, regardless of where they live and where they vote. Each state has its own approaches, rules, and deadlines, and we provide the following link for voters to determine their local relevant information: usps.com/votinginfo. Our mailer was intended to be general, all-purpose guidance on the use of the mail and not guidance on state rules."

For instance, in Blaine County, no return postage payment will be required by the voter.

Wagoner went on to say, "The entire Postal Service organization is united by the civic duty and vital role of delivering Election Mail. In Montana and nationally, the Postal Service is committed to delivering all mail in a timely manner. We employ a robust and proven process to ensure proper handling of all Election Mail, including ballots. This includes close coordination and partnerships with election officials at the local and state levels."

Blaine County Clerk and Recorder, Tammy Williams, who serves in the capacity as the county's election official, stated that the November 3, 2020 Presidential General Election will be conducted by mail ballot with an in-person voting option at the Blaine County Courthouse.

Beginning October 2 and continuing through October 8, any registered voter can pick up, in-person, a ballot for the General Election. On October 9, ballots will be mailed out to any active voters who haven't already obtained a ballot in-person. "Inactive voters will not receive a ballot in the mail, so check your status to be sure you are registered to vote," Williams advised.

Regarding the postcard that was mailed out by the USPS, Williams confirmed that return postage would not be required and that allowing at least seven days for mail to return to the Blaine County Courthouse is a good recommendation. "You can always hand deliver your ballot to the courthouse if you have any mail delivery concerns," she added.

In fact, from October 2 through Election Day, voters can request and vote a ballot, drop-off ballots mailed to them, update voter registration, and even register to vote. According to Williams, a press release that ran in the September 2 issue of the Blaine County Journal News-Opinion spells out voter information facts. Informational notices are also displayed at key locations around the county, like on the bulletin boards at post offices in Chinook, Harlem, Hays, Turner, and Zurich. Voter registration cards are also available on the counters at many of these locations.

"If you have any questions at all, please call 357-3240 or come in to the Clerk and Recorder's office at 420 Ohio Street and visit with us. We don't want people acting on or reacting to misinformation," Williams stated.

As a means of addressing Bullock's lawsuit, Wagoner emphasized that the Postal Service has more than enough capacity, including collection boxes and processing equipment, to manage all election mail this year, which is predicted to amount to less than 2% of total mail volume from mid-September to Election Day.

"Postmaster General DeJoy's number one priority is to deliver election mail on-time and within the Postal Service's well-established standards. Effective October 1, he is committed to engage standby resources in all areas of Postal Service operations, including transportation, to satisfy any unforeseen demand.

Wagoner also wished to share the USPS statement on the security of Election Mail: "The U.S. Mail remains a secure, efficient, and effective means for citizens to participate in the electoral process, and the Postal Service is proud to serve as a critical component of our nation's democratic process. All U.S. Mail is protected by more than 200 federal laws enforced by the United States Postal Inspection Service, one of the nation's oldest federal law enforcement agencies. The Inspection Service has a proud history of identifying, arresting, and assisting in the prosecution of criminals who use the nation's postal system to defraud, endanger, or threaten Americans. While election mail is in the hands of our hard-working postal employees, the Inspection Service stands ready to protect it, regardless of public health emergencies or natural disasters."

Anyone with concerns involving election mail or wanting to report law enforcement matters relating to election mail should call the Postal Inspectors at 1-877-876-2455. 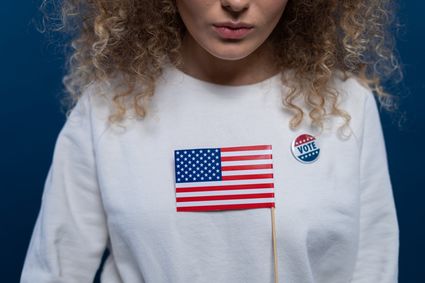 In addition to the facts about the Postal Service's capacity to handle election mail volume and the Postal Service's coordination with state and local election officials to ensure every ballot is delivered and counted, Wagoner made reference to four additional facts shared on their website under the Newsroom tab:

• Sorting machines for flats and letters are only used 1/3 of the available time.

• Postmaster General DeJoy has implemented two changes since his position began in June 2020.

• The Postal Service's path to financial sustainability will not be easy – but it is essential.

Anyone wishing to read more detail related to those facts should visit the USPS website: https://about.usps.com/newsroom/statements/082120-just-the-facts-six-things-to-know-about-the-usps.htm.