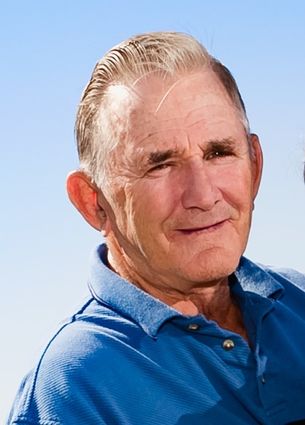 Charles Emmett Manuel passed away in his home surrounded by loved ones Thursday, December 10, 2020. He was eighty-seven years old.

His life began in a similar way at his family's home where he was born on November 16, 1933. Because home births were common in those days, his official birthdate wasn't recorded until the next day, November 17th. It is for this reason that Charles would always strongly suggest that he was entitled to celebrate two birthdays each year. Born as the eighth child out of eleven, Charles grew up on the family homestead South of Havre which eventually became the launching pad for his life's work and home base for his decades of being a devoted husband to his wife and father to his own five children. In a world that could scarcely be imagined by most of us today, his years growing up were spent being taught by his mother how to make a large family survive at times on nothing more than a milk cow and a garden. As a pre-adolescent, he and his brothers figured out how to catch and break horses from the wild herd that ran on still unclaimed land near the farm. This is how he suffered his first of four broken collar bones at the age of ten. It was during this time that the pre-teenage brothers got jobs on the Diamond Bar ranch deep in the heart of the bear paws and would ride these horses back and forth from home, dozens of miles each way. After transferring from the local country school to Devlin grade school in Havre, his mother would walk the seven miles to town to bring he and his brothers their lunch from Buttrey's grocery store before walking back home with an armload of groceries for the family. As though taken from a scene from a Wild West John Wayne movie, Charles and his brothers were never more than a short hike away from the tee pee encampments just up the coulee from the homestead. This is where the local Native Americans would stop to camp on their way to and from Havre and Rocky Boy.

As a young man in High school, he worked alongside his brothers at the loading docks for the Great Northern Railroad. This was of course during the 11 pm to 7 am shift so they could still go to school and make it to football practice. There would have been a couple hours in there somewhere for a bit of sleep. It was here that the stage was set for his eventual esteemed career as a locomotive engineer with the Burlington Northern Railroad. Upon graduating from high school, he quietly and dutifully served in the army under the draft just like most young men of his day. You would rarely ever hear Charlie outwardly express his political opinion, but in a one-on-one conversation, it never took long to discern that he was not at all in favor of war and killing. Despite this leaning, he nonetheless was grateful for his time in the service, the skills he learned and the places he got to see. He was actually on board a ship headed to Korea when the armistice was signed thus ending the armed conflict. He always loved to point out that it was ended because "they heard he was coming".

Upon returning to Havre, Chuck was now one of two remaining Manuel siblings in town. It was here that he set out to pursue his dream of becoming a rancher, starting with the purchase of his parents' modest homestead. He may have never slowed down long enough to look for a wife were it not for a high voltage electrocution followed by a thirty-foot fall. This resulted in a crushed pelvis, landing him in traction on a hospital bed for a period of months. Here he fell in love with his nurse, Ann Marie Hanson. They were married on September 6th, 1959.

The next ten years brought four daughters, Debbie, Dee Ann (D.D.), Cindy, and Nancy, and one son, Jody. Charlie's railroad career progressed from fireman to engineer taking him away from home frequently on runs to Williston, ND, and later Whitefish. The farm and ranch also grew with a sudden opportunity to lease a much larger, neighboring operation from an old acquaintance that Charlie had worked for as a kid. The "Hegle Place" became the new home for Chuck's family in 1974, providing much needed space for his growing family.

Charles and his family were without question the direct benefactors of a devout mother (Cora) who prayed daily to her Lord Jesus Christ. With crops to plant and harvest, cows to feed and manage, plus the incessant call of the rails, there was little time for anything else. Yet somehow his quiet faith always played a foundational role in the raising of his family. While being far from perfect and in need of God's grace like anyone else, Charlie always sought to raise his family in the Lord in his own quiet, somewhat informal way. He made sure his kids were in church most Sundays and, despite the rolling of their eyes, always sat them down in front of the TV whenever there was a Billy Graham special on the air. His prayers were regular but mostly unseen by outsiders.

After a number of years scrimping, saving, bartering, and gathering bargain building supplies, Charles and Ann built and moved into their dream home on a muddy, rocky hillside in 1980. The last forty years have seen the homesite transformed into a picturesque oasis that has become the gathering place of multitudes of grandchildren, great-grandchildren, cousins, aunts, uncles, friends, and neighbors. Work always came first with Charles, yet he always enjoyed a good neighborhood poker game, pinochle night, an evening out dancing with his wife, or even the occasional trip to California to visit the Manuel relatives.

Taking a birdseye view of Chuck's life will quickly show that his family was of the utmost importance. Stories are still told to this day about this father of four beautiful daughters chasing a scattering herd of teenage boys through the brush down on Beaver Creek after busting up a high school kegger party. Other Railroad old timers still talk of the intense bar room fist fight that broke out with one of his best friends as the result of a heated family discussion. Once these differences were "settled", the two went right back to being the best of friends. His work ethic was straight forward and simple, the influence of which was undeniable. "Don't be a quitter" he would often say. There is a scripture that says "Train up a child in the way he should go, even when he is old he will not depart from it". This precept was taken seriously by Charlie regarding his grandchildren as well as his children. He had no trouble opening his home with compassion to a troubled grandchild if the need arose. He also had no trouble executing a firm hand when necessary. The evidence of this devotion is shown to be clear in the lives of his grandchildren today. This was all accompanied by an intoxicating sense of humor that was treasured by all of that knew him. He loved a good practical joke. He was known by his family as the "dirtiest" of dirty marbles players.

He is survived by his brother Donald; wife Ann; daughters, Debbie (Bob) Bishop, D.D. (R.L.) Grant, and Nancy (Richard) Seltzer; son, Jody (Crystal) Manuel; nineteen grandchildren; and 22 great-grandchildren plus one on the way. With current descendants situated from Seattle, Washington, to Tampa, Florida, he leaves a legacy that truly spans from sea to shining sea. In a world that seems to embrace the crazy more and more each day, may those of us left behind view your time here on earth as a rock-solid foundation on which to continue in the strength of the Lord. We love you and can't wait to see you soon in His Grace.

Graveside services will be held at 1:00 p.m. on Monday, December 28, 2020, at the Manuel Family Cemetery, located on Hwy 234 south of Havre, on the big hill behind the Cross. A Celebration of Charles' life will immediately follow the graveside service at the Quonset hut just across the road and down aways. Memorials may be sent to Fifth Avenue Christian Church, Yellowstone Boys and Girls Ranch And the Bear Paw volunteer Fire Department. Holland & Bonine Funeral Home has been entrusted with arrangements. Please visit Charles' online memorial page and leave a message of condolence for his family at http://www.hollandbonine.com.