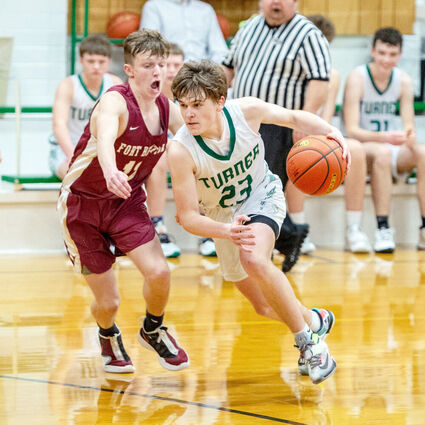 Turner sophomore Ryan Doyle has played a huge roll for the Tornadoes this season. Doyle scored 27 points this past weekend against Dodson and Box Elder.

The Turner Tornadoes played host to the Dodson Coyotes in a non-conference clash. Turner had earned a 54-49 win back in December over the Coyotes and were looking to complete the season sweep.

The Tornado offense began to click in the second quarter as they seized the momentum back for the home team. Senior Trevor Kimmel led the way with seven points in the fr...