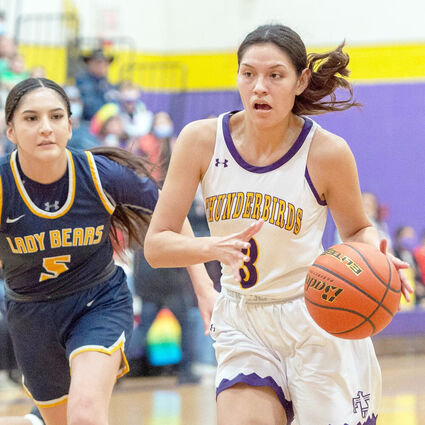 Thunderbird senior Judemia Grey attacks the defense during 9C action this week. Grey and the Thunderbirds capped off a furious finish to the regular season with six games in 9 days.

Monday night the Thunderbirds were looking to even their season series with the Chinook Sugarbeeters. Ha...