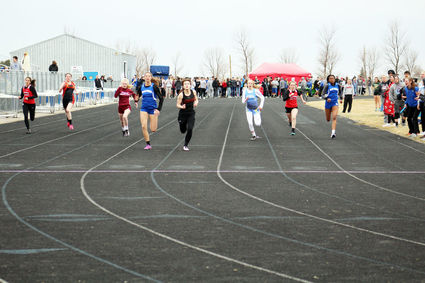 Chinook senior Megan MolyneauxMolyneaux has secured a spot at the Class C State Meet in Laurel in the 100 Meter Dash and is on the verge of qualifying in the 200 Meter Dash as well.

Teams are prepping this week for the District 9C Meet in Havre next Wednesday and the District 2B Meet on Saturday, May 11 in Wolf Point.

In their final week of preparation, the Chinook Sugarbeeters, Harlem Wildcats and Hays/Lodge Pole Thunderbirds were in Malta on Thursday.

Saturday the Sugarbeeters traveled to Great Falls to take part in the Belt/Fairfield Invitational at Memorial Stadium while the Harlem Wildcats were in Lewistown at the Fergus Invitational.

In Malta the Chinook, Harlem and Turner girls did very well. Harlem junior L'Tia Lawrence won both the 1,600 Meter and 3,200 Meter...