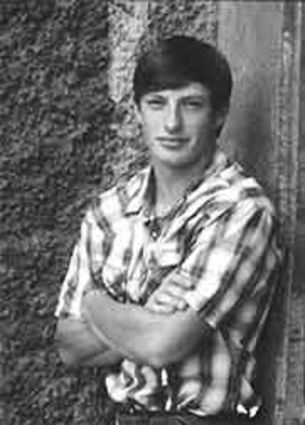 Following a lifelong passion for service and achieving a goal of obtaining a quality education, Columbia High School senior, Chandlor Bucklin will be headed to the United States Military Academy at West Point, N.Y.

The Enterprise caught up with Bucklin to learn more about why he chose West Point, what he had to do to get in, and what he's hoping to gain from the experience.

Why did you choose West Point over joining the military directly or participating in an ROTC program?

Chandlor Bucklin: I've known since I was a little kid that I wanted to serve my country, but I also knew that I wanted to get a college education. I looked into ROTC programs at first, but the opportunities that an education at West Point provides couldn't be overlooked.

West Point is one of the most competitive military academies in the country, with a lengthy application process that includes multiple essays and physical requirements. West Point has a 9.7 % acceptance rate, making it more selective than some Ivy League institutions.

How hard was it to get into West Point? What was the application process like?

Bucklin: There's a general application process to fill out, they ask for SAT and ACT scores just like any college. Then there's a physical exam which can be led by a P.E. teacher or an ROTC officer. They also want to know about your extracurricular activities, like sports and student government. They want to see that you have demonstrated leadership abilities. (Bucklin has been heavily involved in high school athletics, student government and the Future Farmers of America.)

By far the hardest part is getting a nomination from a congressional representative, because that's a whole other application process in itself. I had to fill out an application, write a few essays and then be interviewed by a panel that works with Congress-woman Jaime Herrera Beutler, some of whom were former West Point graduates. It was kind of intimidating.

What are you hoping to learn from your experience at West Point as well as your military service?

Bucklin: On the academic side I have some pretty general interests, I think I will have a better idea of what exactly I want to study when I get there. I'm a science guy so I'm looking into the civil engineering and health science programs. I think what is really cool about West Point's academic programs is that what you get your degree in doesn't dictate the kind of job you will have in your military career. For example, if I want a job in artillery, I don't have to have majored in military strategy.

How are you feeling about this path you have chosen?

Bucklin: I'm excited. I'm ready for it to start and get going. (Bucklin will report to basic training at West Point July 1.)

Thinking even farther into the future, what would you like to do after West Point and your military service?

Bucklin: I think it depends on when I decide to end my military career. You know I could graduate and finish my five years of service at 28 years old and go get my masters or get a job or I could retire from the military at 40 and figure out what I want to do from there. There's so much that could happen between now and then it's hard to say.