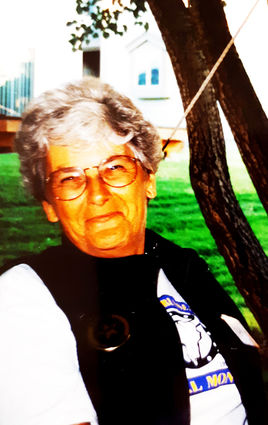 Elaine passed away suddenly of natural causes on October 1, 2019. She was born in Renton WA on May 5, 1943. She spent her early childhood there, and then returned to the Bleha family ranch south of Chinook on Raglan Bench in the spring of 1950.

Elaine attended grade school on Lone Tree Bench before moving with her mother Helen and sister Joyce to Chinook to attend high school, from which she graduated in 1961. After that, she and William (Bill) Thompson were united in marriage. From that marriage, three children were born: twin daughters Cheryl Lynn and Cathy Lynn, and Susan Renee. They resided in the Chinook area until 1964 when the family moved to upstate New York. They lived there until 1971 when they returned to Montana to take over the family ranch. They also spent time in Chinook, where Elaine worked for Blaine County as Deputy Clerk and Recorder, and she and Bill owned and operated Thompson Valley Lumber. She also later worked at Harboldt Insurance Agency.

Elaine and Bill went back to ranching full-time on Lone Tree Bench, where they lived and worked until 2003. Upon retirement, they returned to Chinook, during which time Elaine served on various community and volunteer projects, such as the Blaine Co. Cemetery Board, as well as the county Wage Commission. She was passionate about family history, fishing, and her dogs, but her family was her main passion.