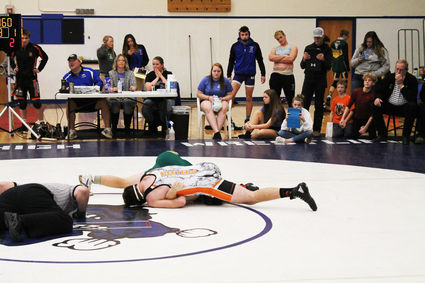 Chinook senior JT Hauer and sophomore Drake Berreth have wrestled a tough schedule to start the season but both are performing very well. Head coach Perry Miller is confident in these two wrestlers ability to make the adjustments necessary to be contenders come February at the state tournament in Billings.

The Chinook Sugarbeeters only had eight wrestlers on the mat at the prestigious 24th Annual Scottie Invitational but still turned in an impressive seventh place finish in a strong 24 team field. The field included all Northern B/C teams as well as many of the top teams from the east.