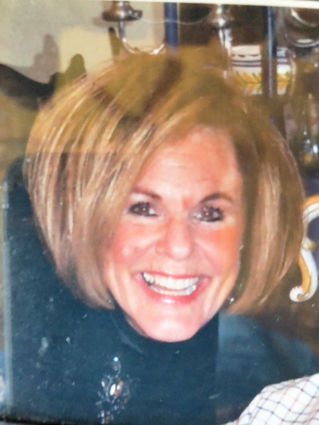 On May 26, 2020 the world lost one of its true angels with the passing of Judy Rachela Pike. "Grandma Sparkle" passed away peacefully surrounded by family and friends.

Judy Rogliano was born October 25, 1943 to Albert and Anne Rogliano while at Walter Reed Hospital in Washington DC. One of six children, the family ultimately moved to Bronxville New York, where Judy spent most of her childhood. She later attended Northwestern University in Chicago, where she would meet Kent Pike, her husband of 53 years. It was during her college years that Judy and Kent developed some of their strongest memories and attachments that remain bright to this day.

In 1974 Judy and Kent moved to Coeurd'Alene, ID. Kent opened a medical practice and the family had two sons, Gregg and Bryan Pike. Over the past 25 years Judy has divided her time between Coeurd'Alene and the family's ranch near Chinook, Montana. During the past two decades the ranch has become the focus of much joy and energy as well as a source of precious family time.

Along the way Judy developed many of her cherished friendships that follow onward to the present. A woman of incredible energy, joy and compassion, she amassed an untold number of admirers through her life's journey. Everyone who knew Grandma Sparkle could confirm that few people on earth could light up a room simply with her presence. Never shy, Judy believed that any worthy endeavor she touched demanded a flair and "sparkle" that only she could achieve. She loved to travel, cook, tend to her enormous flower garden, participate in the ranching life, but most of all loved the time with her family and friends.

Judy was also blessed with the wealth of athletic talents. She competed in racquetball at a high level throughout the 1980's, including second and fourth places finishes in the US Open Amateur Racquetball Tournament. She was also well known for beating many of the top men in her region who were foolish enough to challenge, often eliciting dubious "payback measures" from her male opponents following their ego-damaging losses. Later she focused her efforts on tennis, becoming an integral member of an elite traveling tennis team in the Spokane/Couerd'Alene region for a number of years.

Judy is survived by Kent Pike, her husband of 53 years, her two sons Bryan and Gregg (Malinda) Pike, her three grandchildren Brady, Carson and Georgia Pike, as well as her sisters, Ginny and Joan Rogliano. We will all love her to pieces forever.

Due to ongoing pandemic concerns the timing of services is to be determined.