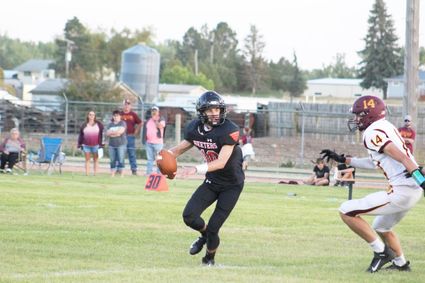 The Sugarbeeters have found themselves in a pair of barn burners to start the season. After earning a hard fought down to the wire win in week one, the 'Beeters fell short in the final seconds to lose their home opener to the Shelby Coyotes 26-22. The loss evens their record at 1-1.

The 'Beeters thwarted the Coyotes opening drive by forcing a fumble. A fourth down attempt on the ensuing possession came up short after the chains were brought out.

Shelby punted the ball back to Chinook late in the first quarter and after it came to rest the 'Beeters would begin their next drive at their own o...