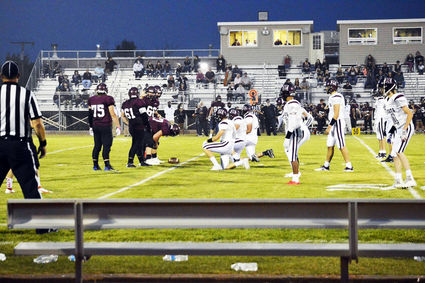 This picture of the Wildcats defense against the Roundup Panthers back September is something that is now a thing of the past. Whether you are in favor or against the move from Cass B to Class C football it has indeed happened. When the Wildcats take the field in the fall of 2021 their will be eight players on the field, not the eleven fans are used to.

The Montana High School Association held its regularly scheduled meeting on Monday, November 23. Among the topics being discussed, a few had major implications for two Blaine County Schools. The first being a move to Eight man football from Class B for the Harlem Wildcat Football team and the second being significant changes being made to the boys and girls qualifying standards for Class C State Golf as well as the implementation of a Divisional tournament.

The Harlem Wildcats have played in the Northern B Division of Montana State High School Football for decades. Up until 2005 the Wildcat...