Sugarbeeters, Wildcats each qualify three for the State B/C Wrestling Tournament in Shelby 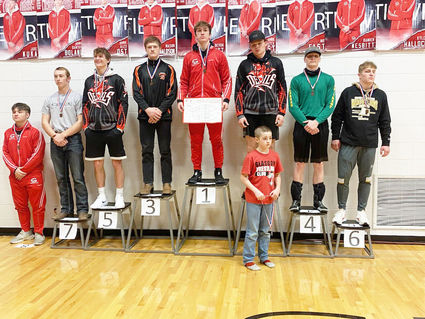 The Chinook Sugarbeeter wrestling team placed three on the podium at the Eastern B/C Wrestling Divisional in Glasgow this past weekend and will head to the Montana State B/C Wrestling Tournament in Shelby this weekend. Sophomore Tyler Schoen finished third at 170 pounds.

The Chinook Sugarbeeter and Harlem Wildcat Wrestling teams were in Glasgow this past weekend for the Eastern B/C Divisional.

This is the first year for the new format that calls two super divisional tournaments. After competing in the Northern B/C the Wildcats and Sugarbeeters found themselves in the 19 team Eastern Division.

The Wildcats entered five wrestlers into the Eastern B/C Divisiona...