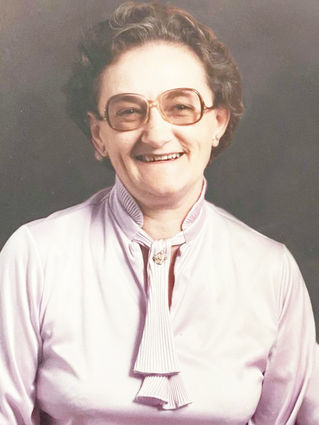 Funeral services will be held at Wilderness Funeral Home in Chinook, MT on May 8, 2021 at 2pm. Burial will follow at Kuper Memorial.

Irene was born to Magdalena Aipperspach on November 24, 1929 at her home in North Dakota. Since Irene was premature and born at home, they went into town three days later to get her birth certificate. Irene is among very few women that can actually lie about her age and get away with it.

At the age of sixteen she decided it was time for a change; in true grit fashion, she hitchhiked from North Dakota all the way to California to live with her Aunt Rose. Irene graduated high school from Quincy High School. While attending high school she met a young girl name Jackie who introduced her to the love of her life Donald Allen. Irene and Donald were married on December 4, 1951 in Las Vegas NV, and were blessed with two wonderful children: Sharon and David Allen.

Wanting a slower paced life, they decided to move back to North Dakota. They however did not make it that far. While going through Montana they fell in love with the state and decided to lay down roots in Chinook, MT. This is where Irene found her gift that blessed others, the gift of service. Irene loved to serve and take care of her family, but also took care of the people in Chinook.

Irene worked at the Taste Bite café for 35 years. She would wake up early every day with no complaint and make sure that her family was taken care of before heading off to the café. There she'd start the coffee and get the place ready for the early birds who wanted to come in and chit chat. Irene was always willing to serve anyone as long as they weren't afraid of a little sass. She was a little feisty and could bat the breeze with anyone who was willing to have a little fun.

That feisty attitude and fun was shared and appreciated most with her family. When she was with her family, there was always a lot of laughing and teasing one another. This was most common around a card table playing a serious game of pinochle. Irene was a card shark; she could play with the best of them. Irene will be missed by those who knew and loved her. She will live on through the stories that family and friends will share while playing a friendly hand of pinochle.