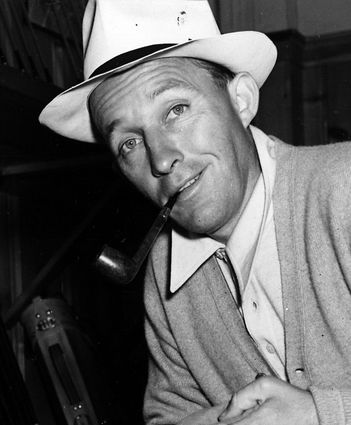 Christmas music is as much a part of the holiday as baking cookies, giving presents and participating in family gatherings. Though this season will be different because of the pandemic and issues with get-togethers, Christmas music will still be important. Whether listening to tunes on the radio or a device, singing carols at church or attending holiday concerts, music will be a part of our Christmastime activities. I decided to educate myself a bit about Christmas music and share a few things I learned about sacred and popular Christmas songs.

The singing of carols started with pagan celebrations

Thousands of years ago Europeans sang carols (songs of joy and praise) as part of the Winter Solstice celebration. Winter Solstice, the "shortest day of the year," was also the time of year commonly accepted that Jesus was born. But it was 300 years after Jesus' birth before specific services were held that celebrated his birth. The early carols that proclaimed Jesus' birth were written in Latin, a language not understood by most believers at the time. By the early 1200's most people had lost interest in celebrating Christmas and the few carols fell in to disuse.

In Italy during the late 1200's St. Francis of Assisi raised interest among believers with his Nativity Plays. The actors in the plays sang songs about Jesus, Joseph and Mary and other characters surrounding the birth of the Messiah. Most of the songs in the plays were in the languages of the audiences and the onlookers would join in singing the songs. Traveling singers, called minstrels, took the new songs far and wide so more and more folks recognized and began singing these early carols.

For a time, during the Puritan era, songs were not sung in public, but carols survived as people sang them in homes and small groups. By the mid-1800's, especially in Europe, carols about Christ's birth were being written and sung as part of public Christmas celebrations.

Pastor Maggie Lewis, the minister for the Chinook and Havre Presbyterian congregations, described carols as "mini-stories of the Gospel. Part of our human longing is for hope, peace, joy and love. Those themes are the story of the gospel in the Bible and told in carols."

Examination of most traditional carols shows many references to scripture, both from the Old and New Testaments. Pastor Lewis noted, "Carols make the Nativity story sing. Whether believers or not, when we sing carols we are sharing the story of Jesus' birth and what it means to the world." Many composers of Christmas carols wrote the songs specifically to be sung by children and carols became "teaching moments."

One of the oldest commonly sung carols is "O Come All Ye Faithful," also known as "Adeste Fidelis." Originally in Latin, the lyrics were written in the 13th century. Like many early carols, both the lyrics and music were modified over the years. The popular version of "O Come All Ye Faithful" that we now sing, was written in 1841, five centuries after the first version of the carol. Lyrics sometimes changed because original words were no longer familiar to singers. Sometimes music was changed over time, often replaced with more familiar tunes.

Interestingly "O Come All Ye Faithful" is not only one of the oldest Christmas carols but remains one of the most enduring. It continued to hold the number one ranking of "top traditional religious Christmas carols" in a 2018 poll in "Southern Living" magazine. Other top ranked religious carols include "O Holy Night," "Joy to the World," "We Three Kings" and "Away in a Manger."

One of the first non-sacred songs written for the Christmas holiday was "The Twelve Days of Christmas," composed in the late 1700's. As the secular myths surrounding Christmas grew, like the legends of Saint Nicholas and, later, Santa Clause, the number of new songs about those mythical characters grew. A familiar example of an early song that has survived is "Jolly Old Saint Nicholas." More modern songs about seasonal characters include songs about Rudolph the Red-nosed Reindeer, Frosty the Snow Man, etc.

Some songs not intended as Christmas songs became part of the holiday music scene. A good example is "Jingle Bells" written in 1857. Composed as a song about lovers taking a sleigh ride for some privacy "Jingle Bells" became a staple of the Christmas season playlist. It was so popular it was recorded on an Edison cylinder in 1889, making it truly the "first recorded Christmas song."

The number of non-sacred Christmas songs grew and many became popularized through movies and plays. Irving Berlin, a Jewish composer, wrote "White Christmas" which was recorded by singer Bing Crosby. Crosby's recording of the Christmastime song is "the most popular single recording of all time" with sales of 50 million records. Other long running top non-sacred Christmas songs include: "We Wish You a Merry Christmas;" "Jingle Bells;" "We Need a Little Christmas;" "Feliz Navidad" and "Blue Christmas" (Elvis Presley) to name a few.

For a great example of how popular (and profitable) more recent non-sacred holiday recordings can become, consider Mariah Carey's 1994 release of "All I Want for Christmas is You." The artist has earned $60 million dollars from that one recording. And after 20+ years it's still ranked as one of the most popular Christmastime songs.

Speaking of holiday music, it's hard to imagine a more annoying Christmas song than the 1979-classic "Grandma Got Run Over by a Reindeer." But, likely someone will eventually best that classic loser. On the serious side, when you sing a Christmas carol or listen to a classic non-sacred Christmas song, you are part of a centuries-old tradition of sharing the spirit of hope, peace, joy and love. Merry Christmas and keep singing...or, at least, humming along.