PAWS Embarks on a Series of Fundraising Ventures 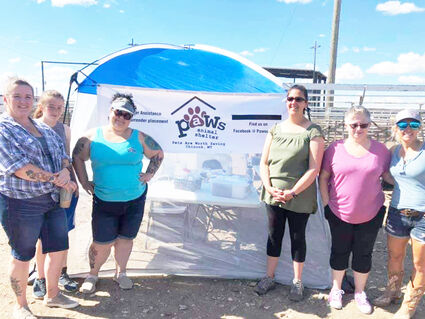 On June 26, a crew from PAWS Animal Shelter in Chinook was set up at the Blaine County Fairgrounds and selling lunch to anyone hungry and wishing to support the shelter. The BBQ Fundraiser was the kick-off event in a series of revenue raising efforts that will fund a fence project. Several other money generating occasions will follow.

According to the President of PAWS, Alissa Hewitt, 100% of the proceeds from the barbecue will go back to the local animal shelter. Held in conjunction with the Hi-Line Hustle barrel racing event, the barbecue featured hot dogs, hamburgers, and cheeseburgers....